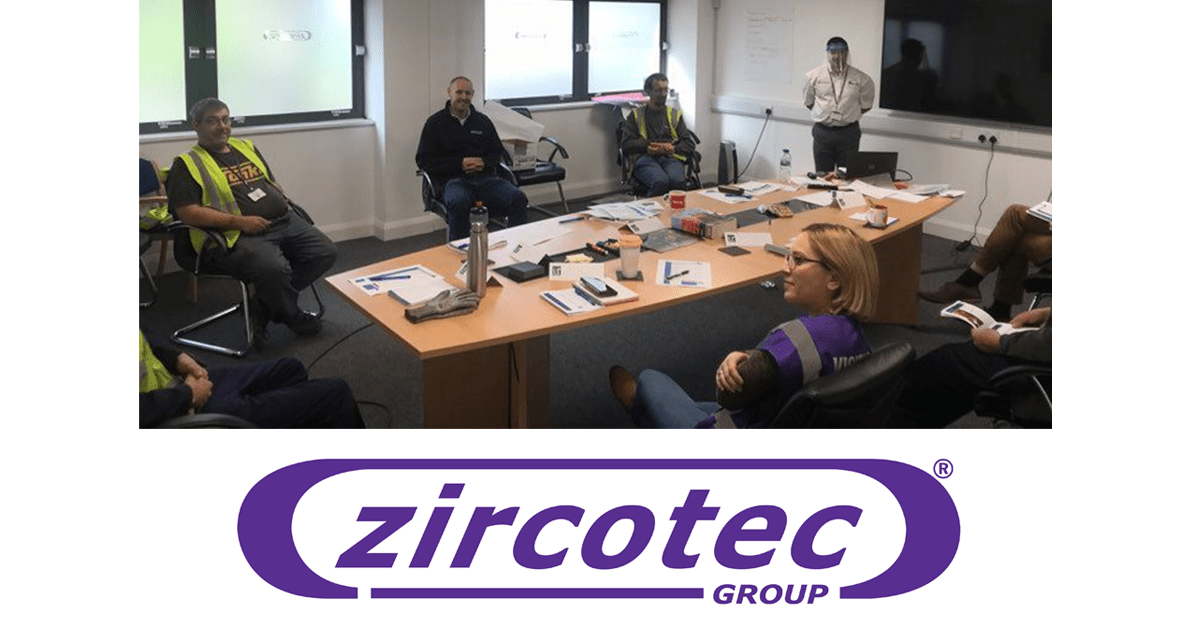 Zircotec staff take part in 6S training to improve overall productivity
A number of Zircotec staff took part in a two-day training course last week, to learn the 6S process and how it can minimise waste and maximise value. At Zircotec we are focused on continuous improvement and becoming a lean business to improve productivity levels throughout the business.

The 6S model comprises of:

Sort
Set in order
Shine
Sustain
Standardise
Safety
One member of each team was involved in the training, allowing them to implement their learnings into their own teams.

On day one, the group was given an introduction and breakdown of 6S and Visual Management Theory and applications. This was followed by a Workshop session which involved the group being split into two teams and tasked with introducing and implementing 6S standards and policies in the office and QC areas in Zircotec.

On Day two, the group was quizzed on previous material taught on Day one and continued their workshop tasks from the previous day.

The 6S practice can be applied in the office and operations using a range of different tools such as Auditing , Red Tag zones, Visual aids (pictures), Action lists and Standardization boards. Improved teamwork, organisation, quality of work, delivery and safety are all benefits from following the 6s model.

We use cookies on our website to give you the most relevant experience by remembering your preferences and repeat visits. By clicking “Accept”, you consent to the use of ALL the cookies. However you may visit Cookie Settings to provide a controlled consent.
Cookie settingsACCEPT
Manage consent

Performance cookies are used to understand and analyze the key performance indexes of the website which helps in delivering a better user experience for the visitors.

Analytical cookies are used to understand how visitors interact with the website. These cookies help provide information on metrics the number of visitors, bounce rate, traffic source, etc.

Advertisement cookies are used to provide visitors with relevant ads and marketing campaigns. These cookies track visitors across websites and collect information to provide customized ads.

Other uncategorized cookies are those that are being analyzed and have not been classified into a category as yet.